Tuesday, November 6, 2018 was a day unlike any other: this was a day that I went to Charleston, South Carolina with a mission. That mission in question was to turn my roommate, who finds history to be one the most boring subjects, into a woman who finds it interesting. 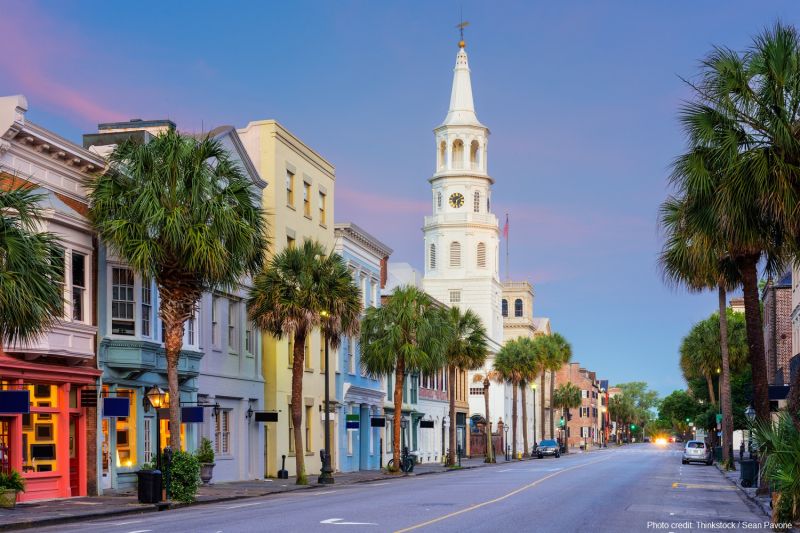 In 2008 my family and I moved to Charleston, South Carolina and I have been in love with the city ever since. When I was in eighth grade, I had to take a South Carolina history course just like everyone else in my school. I had no interest in history at all, and it had always been my worst subject in school and was the cause for many headaches. Like many kids my age, I was focused on two things when I walked into school every day, those two things were lunch and recess. After a few weeks of taking this course, I realized that I lived in one of the richest cities in America (in a historical sense). In this course, my teacher told us a countless number of times that South Carolina was one of the most troublesome states in the union. Since it was founded as one of the original thirteen colonies, South Carolina has been an economic powerhouse and for an extended period was the United States agricultural backbone.

Since its founding in 1670, South Carolina has been in the middle of some very important American Historical events. For instance, it was the epicenter for the world’s rice production and other agriculture for several decades, it split the country in two when it seceded from the nation in 1861, it is home to the first shots of the Civil War at Fort Sumter, also holds some of the most traumatic militaristic events in US history. For instance, a good majority of the state burned to the ground in 1861 and its rebuild made it one of the most beautiful places in the entire civilized world.

Charleston is full of plenty opportunities for public history, for instance, there are horse and buggy tours that run daily, and describe the history of the great city. The city is also home to the famous Rainbow Row, which is an assortment of homes all next to one another and are all painted to look like a rainbow and can be traced back to the early nineteenth century.

You can also find the Historic Charleston City Market, which for decades served as one of the biggest slave ports/trading ports in all of America. The area around and in Charleston for many years was used for agriculture, to this date you can still see the outlines of a majority of different plantation systems in this area. These are just a few different historical landmarks that the city of Charleston has to offer, this is not counting the vast number of different monuments that are spread all over the city. In conclusion, the city of Charleston has been, and continues to be one of the most historically rich cities in all of America. It also offers a good range of different historical opportunities for the public to participate in, which helps the city gain more money for preservation and helps to inform the public on how historic the city really is.

#HarryClary is announcing his candidacy for President of the United States. #HarryClary2020
This week is Something to Change for #52WeeksofHome Spring has sprung, and I was sitting on my porch drinking coffee this morning (in 65° weather) and looking at the lovely green starting to emerge (sorry Northerners!) and trying to think of something to change. The only thing I really want to change about #ClaryFarmhouse is the Bradford Pear trees - they are gorgeous, fast growing, provide lots of shade etc.... but they also stink and are invasive/bad for the environment. The blooms sure are pretty though! #52weeksofhomeweek9
Happy #caturday from #MissFrances
This guy right here, @charlesclary , didnt just install a gigantic solo show this weekend... he also found out he was promoted to Associate Professor with Tenure by the Board of Trustees yesterday!!!! Congrats, husband, ye of the cut paper and beardyness, baddass of the farmhouse and alpha of the pup.
Inspired by @amyleigh_1902victorian 's post about who we could include as #DearestDwellers for #52WeeksOfHomeWeek8, so I dug out the history file. #ClaryFarmhouse used to be a bed and breakfast, and the former owners left us a history file with these photos and names attached. I'm very intrigued by the photos, and want to know more. I am especially curious about the figure in the back left of the first photo... I have been unable to find any information about enslaved people on this land, and it seems the first house was built after emancipation. I DO know that the white family would not have kept this house up on their own, and the house itself tells us this with the presence of a "help" bathroom out on the carport.... I also find it interesting that this house has always been filled with women; the Moore family had sons, but most of the photos are of the daughters, and I love seeing their photos through the years. #52WeeksOfHome
#52WeeksOfHome is all about #DearestDwellers this week. Our dearest dwellers are pup #HarryClary, and #MissFrances the loudest cat to ever meow (as seen in her second photo). They are loving the #ClaryFarmhouse since it has stairs to run up and down, lots of sunlight, and an echoing upstairs hall perfect for KittySinging. Last photo is me and the husband, the human dwellers here. #52WeeksOfHomeWeek8 #dogsofinstagram #catsofinstagram #catstagram #oldhouselove